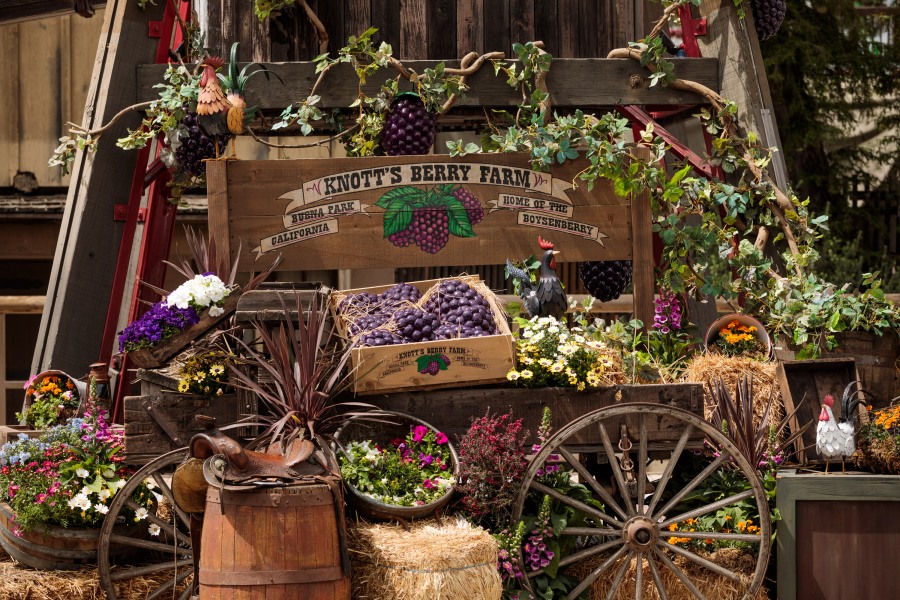 Foodies rejoice! The Knott’s Boysenberry Festival returns! Explore the agricultural roots of Knott’s Berry Farm with your taste buds. Knott’s has put together, yet another incredible line up of foods, drinks and activities that (for the most part) all revolve around what put them on the map, the boysenberry. Quickly becoming one of the most popular events on the Farm, The Boysenberry Festival showcases the historic berry with foods, clothes, shows, and so much more. We are HUGE fans of this event! What’s better than sipping on a boysenberry beer (try mixing it with Boysenberry cider) with chicken wings doused in Boysenberry BBQ sauce in the middle of Ghost Town? We are hard pressed to find such a thing. (maybe in the middle of haunt with some fog). Below are all the delectable details about this years event! We are already waiting in line for our food!

The Knott’s Boysenberry Festival is our annual food-inspired event that celebrates the park’s historic roots by highlighting the little berry that started it all, the boysenberry. This year’s festival will feature over 75 new and returning boysenberry-inspired creations crafted by the Knott’s culinary team. 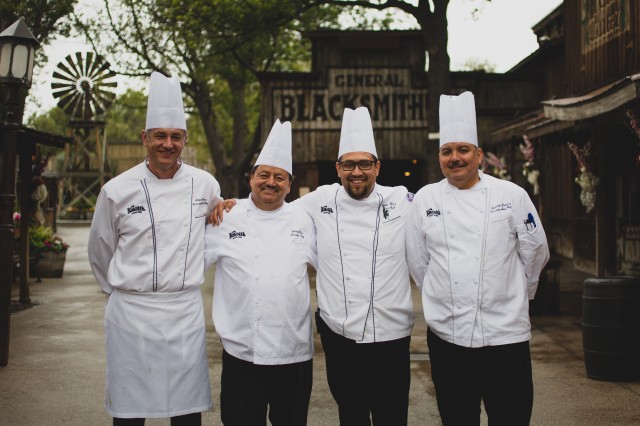 Guests will have the opportunity to indulge in a tantalizing line up of dishes ranging from savory foods with a boysenberry twist to refreshingly sweet and tangy drinks and one-of-a-kind specialty desserts that can only be found at Knott’s Berry Farm during this time of the year. In addition to the tasty treats, the Knott’s Boysenberry Festival offers a wide selection of daily entertainment, live music and fun activities for guests of all ages to enjoy. This year’s festival has expanded to 24 days, starting March 16 and running daily through April 8.

The historic boysenberry is a cross between a loganberry, red raspberry and blackberry and is named after its originator Rudolf Boysen. The Knott family was the first to successfully harvest and sell the boysenberry on the land that is now known as Knott’s Berry Farm.

Some of the tastiest and most unique food items are rolled out exclusively during the Knott’s Boysenberry Festival.

This year’s appetizing lineup includes the first ever boysenberry quesadilla made with a boysenberry-infused flour tortilla, paired with boysenberry salsa, boysenberry sour cream, sprinkled with cotija and mozzarella cheese. Plus, the boysenberry pierogies with onions, bacon and boysenberry sour cream will be bursting with a combination of sweet and savory flavors. Other flavorful items that will be prepared and served to perfection include the slow cooked boysenberry short ribs, the juicy meat is smothered in boysenberry hoisin sauce served over butter basmati rice and complete with chopped green onions will leave guests asking for more. The guest favorite and finger-lickin’ boysenberry chicken wings will also be available during the festival; the irresistible wings are smothered in the delicious and popular boysenberry BBQ sauce which is made exclusively at the Farm.  The meaty and boysenberry inspired items also include the very filling boysenberry grilled sausage on a fresh roll prepared with a fresh farm-baked roll, topped with boysenberry ketchup, relish and mustard. For guests craving a refreshing drink, Knott’s is offering an all-new boysenberry boba tea which consists of boysenberry milk tea and chewy berry-soaked tapioca balls served over ice.  The boysenberry elote is one of the satisfying treats guests will be able to find in the streets of Ghost Town. The lightly grilled corn is smothered in fresh boysenberry butter, mayo and perfectly topped off with cotija cheese. The Festival also offers a variety of sharable snacks for the family including a new vegetarian/vegan option like the highly enjoyable boysenberry hummus served with pita bread and prepared with garden-fresh boysenberries. Sweets and desserts are a key part of the festival and this year the culinary team is introducing the scrumptious, perfectly bite-sized boysenberry coconut macaroons, dipped in a decadent chocolate ganache, which are great to enjoy while strolling through the park. A great option to indulge in a variety of new and returning food items during the festival is by purchasing a tasting card priced at $30 which offers 8 of the new food options per card; guests can select any 8 items of their choice. Returning and other signature boysenberry items will also be available for purchase a la carte during each day of the festival. Tasting cards are available at Knotts.com or in the theme park.

Guest can also take home a taste of the boysenberry festival with limited edition merchandise that can be found throughout the park, such as a new boysenberry bath and body line including soaps, salt soaks, bath bombs, lip balms (introducing three new flavors) and candles. New to the festival this year is Knott’s sugar-free boysenberry concentrate, a low calorie, no sugar version of Knott’s popular drink, a wide selection of boysenberry chocolates including boysenberry versions of milk chocolate bars, truffles, caramel squares, peanut butter and jelly cups. New and exclusive to Knott’s Berry Farm this year is the all-new boysenberry Jelly Belly. The Knott’s Berry Market also features signature boysenberry items like the delicious boysenberry BBQ sauce or the classic jams and preserves. Unique boysenberry inspired products with a homemade twist will also be available as the Craft Fair returns offering a variety of products like boysenberry cashew nut brittle, boysenberry pie shaped homemade accessories and more.

Knott’s Boysenberry Festival offers endless entertainment options for the festival goers who have a hankerin’ for some good ol’ country fun: 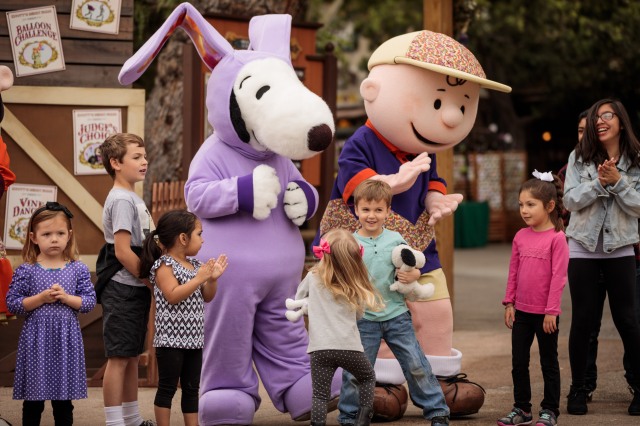 The Boysenberry Festival is included with admission to Knott’s Berry Farm.  Additional costs apply for food tasting experiences within the event. Knott’s will have extended hours on select days March 16 – April 8, allowing guests extra time to take advantage of all of the limited-time offerings.

The best way to savor every day of the Knott’s Boysenberry Festival and all of the other Seasons of Fun is with a 2018 Season Pass. A Regular Season Pass includes unlimited admission in 2018 to Knott’s Berry Farm with no blackout dates, and a Gold Season Pass includes unlimited admission in 2018 to both Knott’s Berry Farm and the recently expanded Knott’s Soak City Waterpark with no blackout dates. Regular passes are just $94 or six easy payments of $15.66 and Gold Passes are $113 or six payments of just $18.83. These offers end April 8, 2018. Applicable taxes and fees apply. Payment plans are only available at knotts.com.