On July 28th and 29th, Midsummer Scream 2018 (year three) brought some of the best known names in the haunt community together to reveal some secrets of their upcoming events. New to the convention was Warner Bros. Studio Tour Horror Made Here: A Festival of Frights! I don’t think it was an exaggeration when I say that literally everyone was excited to see this panel. The Grand Ballroom of the Long Beach Convention Center was packed and everyone sat patiently, awaiting big news from this new contender in Southern California. If you weren’t lucky enough to make it out to Midsummer Scream, here is a video from Behind The Thrills which shows the entire panel!

After this panel, everyone was in shock with how amazing the newly revamped event looked! With IP’s like The Conjuring Universe, The Exorcist, and Freddy vs. Jason Horror Made Here is a force to be reckoned with! We had the pleasure of speaking to Gary Soloff, Director of Marketing for Horror Made Here, and he gave us some incredible insight into their planning of this years event! You can listen to it on our most recent episode which you can listen to here!

Below are more details surrounding WB Horror Made Here!

Warner Bros. Studio Tour Hollywood (WBSTH) is expanding its already chilling Horror Made Here: A Festival of Frights with new attractions created to give horror fans a night to remember. In addition to the return of Pennywise in our reimagined It Knows What Scares You maze, and debut of the sinister institution from Batman: Arkham Asylum, this year’s Horror Made Here will also feature a blood-curdling maze from The Conjuring Universe, a diabolical viewing of The Exorcist, an eerie tour through Freddy vs. Jason’s Camp Crystal Lake, and much more.

In this year’s reinvented maze, guests will experience a sneak peek into the world of paranormal investigators Ed and Lorraine Warren as they confront a host of satanic spirits from The Conjuring Universe. Fans will fall victim to Annabelle’s devious games, and come face-to-face with the demon lurking in the shadows from New Line Cinema’s latest installment The Nun, in theaters September 7th, 2018. 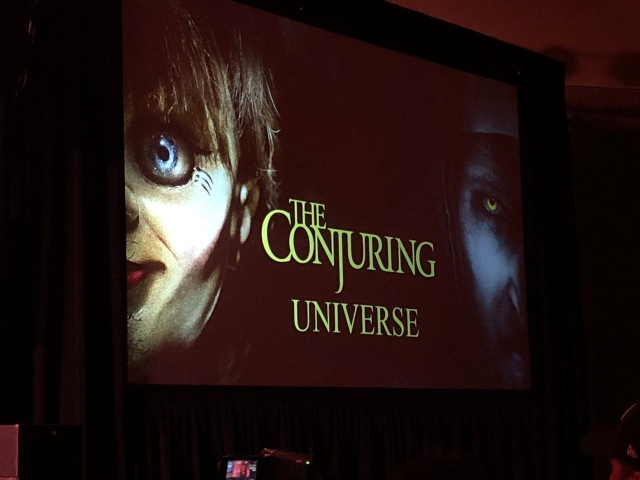 Deep, dark woods conceal the ghastly presence of Freddy Krueger and Jason Voorhees, waiting to give visitors the worst nightmare of their lives. Aboard a Warner Bros.’ tour cart, guests must survive a cunning game of cat and mouse as they navigate through the infamous Camp Crystal Lake – and all of the horrors unveiled along the way. Brave campers will be left to their own devices to explore the campground, while those unlucky enough to face Freddy and Jason will suffer the gruesome fate they have in store for them. 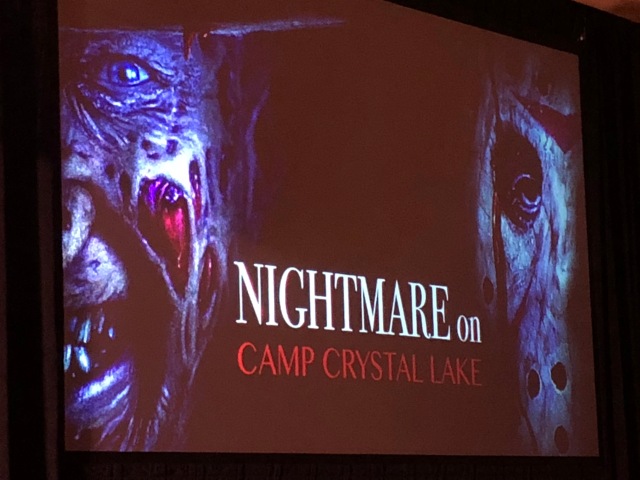 In addition, those seeking even more supernatural thrills are in for a treat as Horror Made Here will present a special “forbidden screening” of the 1973 classic The Exorcist. Visitors who wish to encounter a truly demonic spirit will enter the safe haven of our backlot church and witness an evil beyond this world right from the pews.  In this 4D experience, guests will relive the most terrifying scenes from The Exorcist in an unholy viewing known to provoke demonic forces.

Horror Made Here will also offer a series of attractions and activities for horror loving fans, including:

Additionally, Horror Made Here will feature carnival games, live entertainment, a “Little Shop of Horrors” where guests can purchase Halloween and Horror Made Here merchandise, plus fun food and beverage options, including the goth-punk Fangtasia Bar featured in the HBO series True Blood, serving regular drinks for humans and “Tru-Blood” for vampires.

“We are thrilled to announce our expanded line-up for Horror Made Here. At Warner Bros., we are committed to delivering not just a scary experience, but one that’s unforgettably unique to its setting on the legendary backlot where some of horror’s most iconic films were brought to life,” said Gary Soloff, Director of Marketing, WBSTH. “This year, our extended nights and hours will give guests the opportunity to relive some of their favorite moments in horror while also enjoying our creepy carnival filled with more entertainment and plenty of food and drinks.”

Horror Made Here will begin on October 5, 2018, allowing fans to face their biggest fears for 13 nights. Tickets are on sale now, starting from $59 per person at horrormadehere.com.

For a premium experience, join “The Losers’ Club” for the night to enjoy front-of-line access to each maze, two complimentary beverages, one free IT photo-op, and free priority parking.