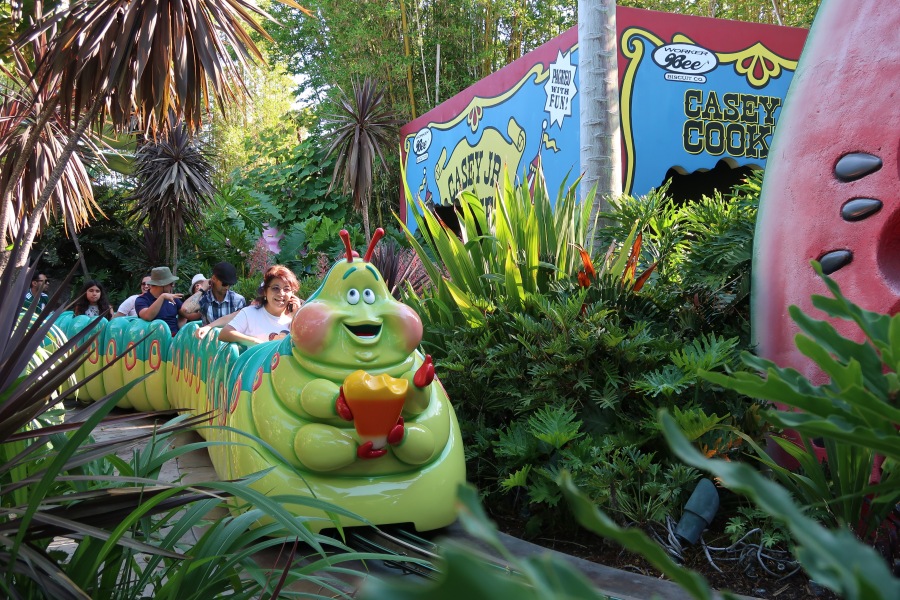 NOOOOO!!! Can this be true? Or is it just a rumor?

Nope. It indeed is fact. Come September 5th, 2018 Bug’s Land will be a thing of the past and another demise of an original creation at Disney’s California Adventure.

A little bit of history for you all…

Back in 2001, Disneyland added an entire new amusement park to their footprint here in California called Disney’s California Adventure. Buried beneath the surface of this park there was a 4D Theatre called It’s Tough To Be A Bug. The following year an entire land encircled the theatre and was appropriately named Bug’s Land. The theme was based around the 1998 Pixar movie- A Bug’s Life. This land catered to the younger crowds who entered the park with 4 rides and water attraction, food and of course the theatre. 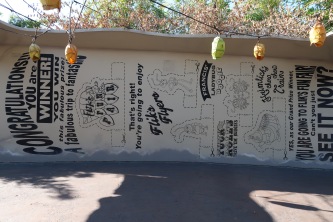 The park continued to grow and evolve around Bug’s Land which now contains Cars Land and Guardians of the Galaxy, but Bug’s Land was a constant. The trees grew taller, the shrubbery grew fuller and the benches had more people on them- taking a moment in this plush leafy area to relax. The attendance was good in the beginning, but never were there the 90 plus minute wait times to get on any of the rides. And no Fastpasses were ever implemented in this land. It was just a land with kiddie rides, a theatre and all just based on a bug movie. But to me this land was a place to go and be a kid again and put on some goofy 3D glasses to watch Flick conquer Hopper. Maybe getting some distance from Hopper is another reason Bug’s Land is being squashed. Things that make you go… Hmmm.

The sad part is this land will be exterminated to make room for Marvel Land. No official land name has been set by Disney as of now, this is just what I call the new land to come. To some this is the progression and growth of Disney and to others (like myself) it is the demise of one of the last creative lands in the park. Now don’t get me wrong, I am a Super Hero Fan as well as a Star Wars fan, but I don’t think of Disney when it comes to lightsabers and masked heroes. It feels like just a cash grab and a new place to stock the shelves with figures and costumes. I enjoy plentiful benches under the shade of the trees and mellow rides like Heimlich’s Chew Chew Train when I just need to chill. I have a feeling all these things will be replaced with lots of concrete, gift shops and some wild rides. 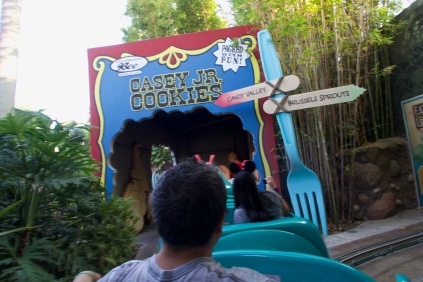 During my last trip to Bug’s Land, I absorbed the overall atmosphere and those also visiting. I heard the kids laughing as they spun round and round on Francis’s LadyBug Boogie. I observed the parents squeezing their little ones as they floated high in the air on Flik’s Flyers. And I was warmed by the huge smiles on the faces of those who just bumped into someone else on Tuck and Roll’s Drive ‘Em Buggies. Riding Hemlicks Chew Chew Train was a must for me and it is also my favorite thing to do in Bug’s Land. On my last ride this past weekend, we were inching along the track and we got to my favorite part. Heimlich eats and eats until he is stuffed and starts a monumental belching fest. I got the giggles and could not stop! I think it was just my way of enjoying the very last time I would ever ride the ChewChew Train. Yes, I am sad that Bug’s Land will no longer be a part of Disney’s California Adventure.

There is some good news! You have a short time left to go and visit Bug’s Land. There is no theatre, but the rides are all still running, churros are being sold at the Churro cart and the shady trees are still there to just chill under. If it is hot when you go, there is Princess Dot’s Puddle Park to cool off in and if you look closely, you can spot a few of the characters from A Bug’s Life at one of the 3 entrances to Bug’s Land. Heck, you may even hear me giggling on Heimlich’s Chew Chew Train one more time.

There is so much change within Disneyland and California Adventure now and I believe there always will be, even though I don’t always like it. A friend of mine said if Disney never changed, it would become like a museum that no one went to. Sometimes change is good. Bug’s Land may go away, but the memories will be with me always.

Thanks for the chill time and giggles.