When “West Coast Racers” opens at Six Flags Magic Mountain later this year, it will become the first dual racing launch coaster. Themed to the world-famous West Coast Customs auto shop in Burbank, California, this new coaster will allow riders to race through an urban Los Angeles themed area, new to the park, in a thrilling “side-by-side” experience.

As the track twist over and under itself, the dueling trains will traverse a “high-five” element, similar to on Twisted Colossus, a booster section set in a drainage ditch, reminiscent of the LA River Bed, and a spaghetti bowl section, where it’s hard to tell where you are going next.

The new area will also feature all-new food options, including a taco shop selling up LA inspired street tacos. Across the way from the taco shop is the entrance to “West Coast Racers”. Inside, riders will find themselves transported to the West Coast Customs shop, complete with an iconic spiral staircase up to the second floor. Here, you will board your racer and launch into the first portion of the ride, racing alongside another train next to you.

Once you complete the first portion, you pull into the “pit stop”, adjacent to the loading station, where West Coast Customs founder Ryan Friedlinghaus will appear through movie magic. If there is a delay in the loading station, two more segments of the movie will continue to play. Once the loaded train is ready to launch, both racers speed out of the building and race again. 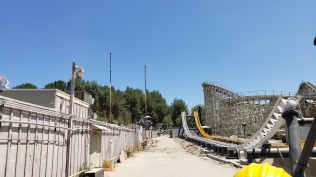 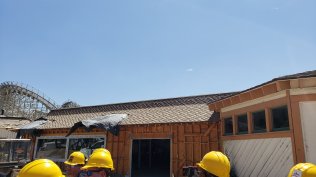 Over the entire course of the coaster, riders will be launched a total of four times. The ride will also feature a new loose-article storage system that will ensure security and speed on the loading platform. While an exact opening date for “West Coast Racers” in unknown, park officials did confirm that it will open in 2019.

Are you excited for West Coast Racers?