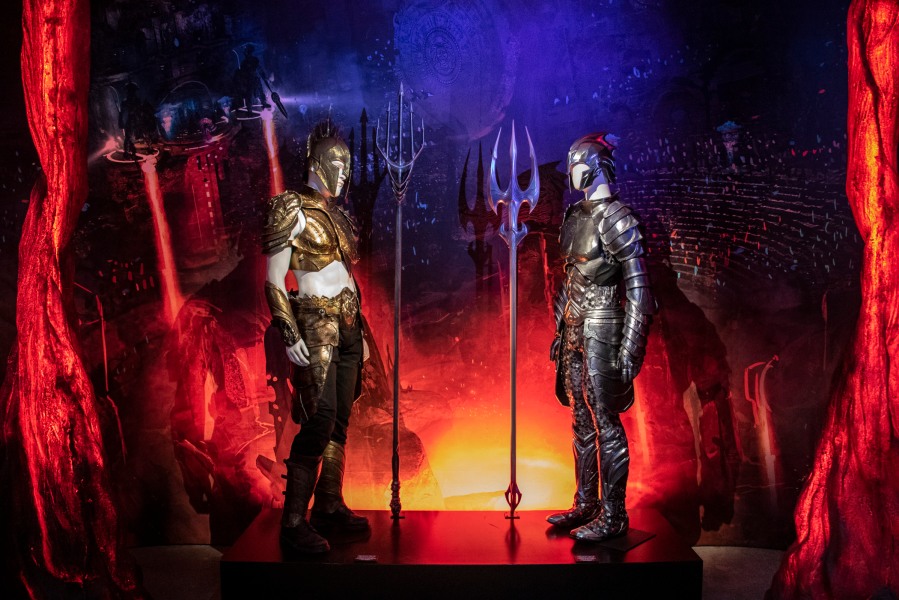 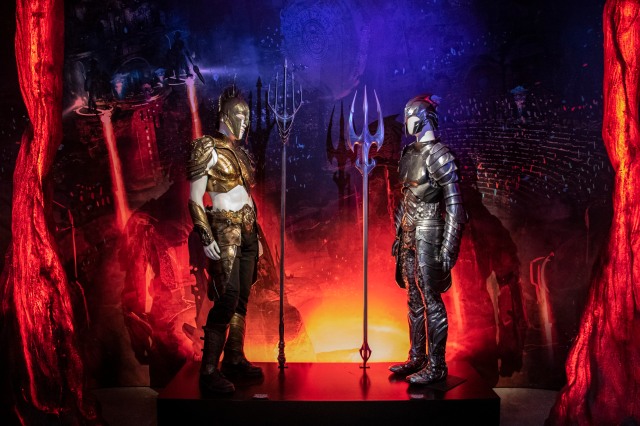 Aquaman fans can get ready to immerse themselves in the world of the King of the Seven Seas with the all-new exhibit opening to the public on March 5, 2019. Warner Bros. Studio Tour Hollywood (WBSTH) guests can step into the realm of Atlantis in the new Aquaman exhibit at DC Universe: The Exhibit, one of the many stops on the Studio Tour. Joining the immensely popular Wonder Woman exhibit, guests of the Studio Tour can relive the iconic scenes straight from the set of DC’s latest action-packed origin story, bringing them closer than ever to the entertainment they love.

Located on the first floor of the Warner Bros. Archive, guests will journey through the visually stunning underwater world of Atlantis brought to life on-screen by director James Wan in vivid detail. The exhibit will also feature recreated sets from the most memorable moments of the film, including the Sunken Galleon, where fans get up close to the authentic costumes worn by Willem Dafoe (Vulko) and Jason Momoa (Arthur Curry), and the Ring of Fire, reliving the thrill of the epic underwater battle between Aquaman (Momoa) and King Orm (Patrick Wilson). As an interactive photo op, fans can sit upon the Dead King’s Throne seen in the film to become King or Queen of Atlantis. 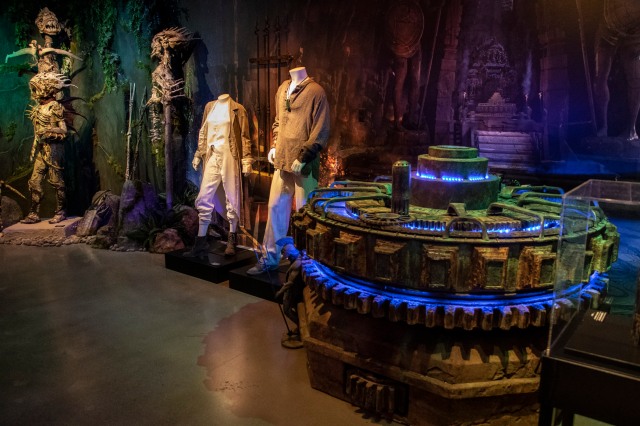 “Aquaman’s roots run deep in the DC universe,” said Gary Soloff, Director of Marketing, Warner Bros. Studio Tour Hollywood. “His story has captivated fans across the world, and we’re excited to bring the on-screen characters to life and provide guests the opportunity to dive deeper into Atlantean civilization.” 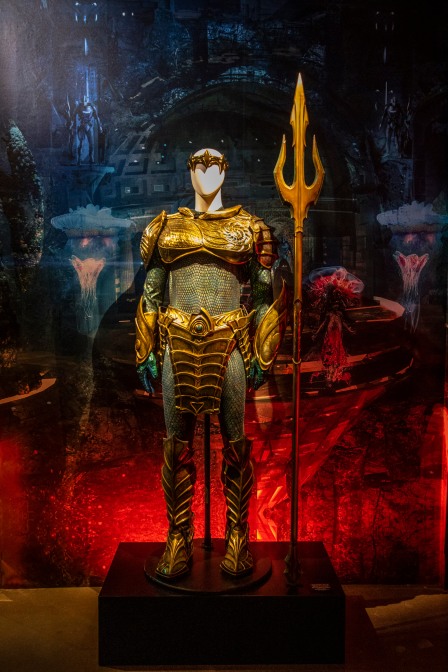 In this action-packed, underwater spectacle, celebrated for becoming the highest-grossing DC movie ever made, director James Wan chronicles the adventures of an outcast trying to save worlds both above and below sea level. Through the Aquaman exhibit, fans can relive the story of cultural diversity, environmental advocacy and – in true superhero form – standing up for the greater good.

With the always evolving exhibits and experiences, WBSTH continues to offer its guests from around the world an intimate look at how Hollywood magic is made. Through behind-the-scenes tours and exclusive looks at costumes and props used in production, fans can get closer to some of their favorite films and TV shows such as Friends, The Big Bang Theory, Batman, Shameless, Casablanca, Wonder Woman and more.